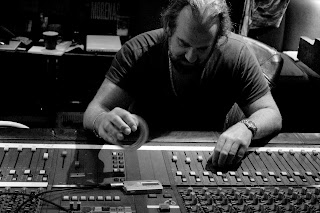 One of the driving forces in early hip hop and Electrofunk was DJ / producer Arther Baker. Starting as a club DJ in the early 70s, he began experimenting with the new electronic sounds of the day and began producing remixes on analog tape. Long before digital took over, to create a quality mix required skill and patience since most of what you were doing was pretty much live. You needed mad skillz back in the day not like these days were software downloaded for free can create a remix on a whim.

Though you may not have heard of him, you certainly have heard his work since his collaborations include artists like Afrika Bambaataa and the Soul Sonic Force, Pet Shop Boys, Cyndi Lauper, Hall and Oats, Bruce Springsteen, David Bowie, ABC, Nenah Cherry and New Order to name a few. He was actually responsible for taking an obscure, instrumental piece from a 1984 New Order album "Lies, Power and Corruption" and churning it into the now classic Blue Monday. 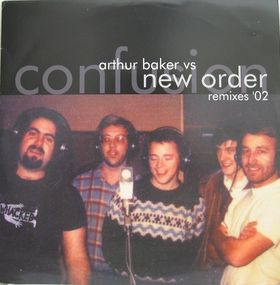 His style was easily recognizable with heavy emphasis on the rhythm track with heavy use of drum machines and 808 sounds that pretty much defined the genre. He brought some contemporary  artists to the mainstream with his remixes and also forces some artists to expand their horizons a bit by introducing new life into their usual style.

In 1985, he and Steven Van Zandt created Artists United Against Apartheid and created the anti-Apartheid anthem "Sun City" which helped raise global awareness of Apartheid in South Africa and was credited for being a major factor in it's eventual demise. (Who says music can't change the world ?)
His influence is still felt today and continues to inspire new artists and DJs as well as producers and remixers. Here's a few more classic examples of his early style.

August 21, 2009
Being a kid in the 70s and 80s allowed you to experience certain candies that may no longer be produced but some of the stuff you grew up with is still around and there are even some specialty stores and websites that cater to making available the treats of your youth. However, just because you can still get them, doesn't mean you should. Your adult palette is vastly different than your youthful taste of what was gross and what was really cool.

While eating some of the stuff on this list today may remind you of your youth, it may also provide startling and sobering realizations that you may not have been firing on all cylinders when making choices while spending your hard earned allowance at the candy counter as a kid.


Bazooka - Not only was this gum cheap, 2 for a penny back in the day although I may be seriously dating myself, but it also came with a small comic featuring Bazooka Joe, who wore an eye patch and a bunch of his freaky friends including Mort who wore his turtleneck pu…
Post a Comment
Read more

August 07, 2009
Steve Tyler, the lead singer of Aerosmith was showing his age the other night when he fell off the stage while doing his little dance during a performance at the"Buffalo Chip Campground and Trailer Park" - What the hell did I just type? A campground? My how things change. How do you go from playing the Superbowl to a campground?

The 61 year old front man was air lifted to hospital after suffering minor head, neck and shoulder injuries after falling off a catwalk of the stage onto some fans. Back in the day that was called crowd surfing but at 61, that's just falling into a crowd. The clapper can't be too far behind at this point.

Retro Heatwave Video of the Day - Hot In The City

July 22, 2011
People say that relentless heat can mess you up in many ways. It can make some people nauseous, dehydrate you, give you a headache, make you drowsy or in some cases, it destroys your ability spell ! I'm not bying itt thoughh. I thunck thets a lode of crips.

Yup, it's been a pretty hot one this week with temperature records being broken, hydro grids being strained to the limit and people with air conditioning suddenly having friends over unexpectedly. You can actually buy a raw steak and cook it on your dashboard during the drive home.
While some would say this heat wave is a result of global warming, others say it is the coming of the end. I just think it's a great excuse to hear a great summer retro classic !