Retro Video of the Day - Step On

April 25, 2011
So the long weekend was great but as usual Monday came way too fast and was way to tough to bare. Hence the video of the day for a dreary, rainy Monday is a classic by Happy Mondays, "Step On". It was either that or "I Don't Like Mondays" but that would have been waaaay to obvious a selection. 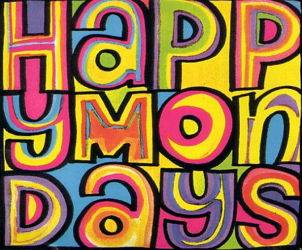 Happy Mondays formed in Salford, greater Manchester in 1980 and were a struggling band until being discovered at a battle of the bands at the legendary Hacienda nightclub. They evolved and worked with various producers and in time became a staple on the rave scene.
"Step On" was released in 1990 off their Pills n' Thrills and Bellyaches album and reached number 5 on the UK charts and number 9 on the U.S. modern rock charts. It cheered me up - hope it does the same for you.