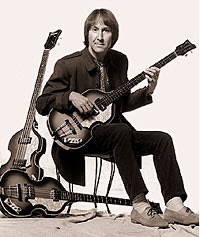 Rather than giving you My Sharona which you've heard atleast three thousand times, here's one of their followup hits that isn't as well known but still pretty cool.