October 14, 2009
There are some that remain in denial regarding their addiction to retro video games. Even though today's modern games are visually more stunning, more realistic in game play, have award winning soundtracks and possess the ability to suck your brain right out of your melon, there is something about the simple classic games from the golden age of video games that keep you coming back for more.

There are some that prefer the older games over the new ones due to their simplicity and the fact it takes them back and reminds them of simpler times when you fed quarters into a machine in a dingy, smokey arcade rather than save your quarters to finally drop $300 to $500 on gaming consoles. Who are these people? How can you spot them? Look for the following clues. In other words, you might be a retro arcade game junkie if you own.......... 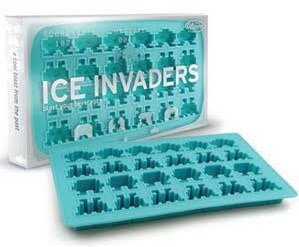 No regular ice cubes will do to keep your drinks cool when you're blasting away aliens coming at you or chasing down blue ghosts. 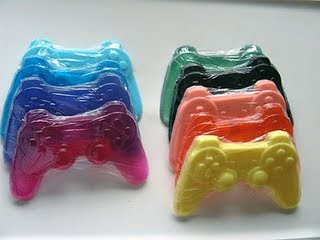 After working up a sweat playing your favorite games, what better way to wipe the retro grime off your body than with soap shaped like PS2 game pads and consoles? Comes in all your favorite colors.
Pac Man Oven Mitts 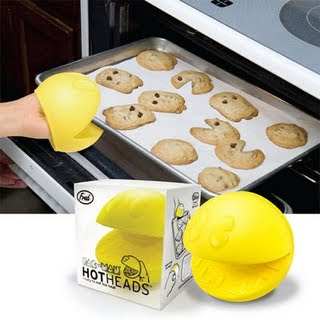 The cool thing about these oven mitts is that you can actually make the "Num num num num" cookie monster sound while using them which is waaaaay easier than faking the actual sound that Pac Man made while chasing the crack dots around the maze.
Space Invader Cuff Links

Nothing says impeccable style and uber geek at the same time like a set of cuff links shaped like the monster meanies from Space Invaders.
Pac Man Ghost iPod Speaker 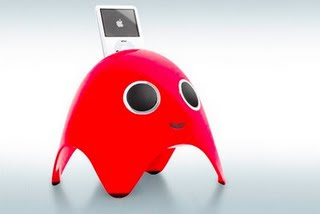 Bored of the plain vanilla look of Apple iPod speaker docking stations? Show your retro sense of adventure with a speaker shaped like a ghost meanie from Pac Man. Available in standard Pac Man meanie colors including the cool blue.
Let's face it - even though these things are kind of geeky, your girlfriend will think it's cute right up until she moves in with you and then they will join your beat up comfy couch at the curb on the very next garbage day. Regardless though, you want them..........you really want them.