July 31, 2009
It's always cool to see what celebrities looked like when they were younger and what they look like now for a couple of reasons. Not only does it "humanize" them in terms of making them look more like everyday people you come across in daily life, but you see that often times they were very average looking in their younger years but are now quite attractive.

It's kind of inspiring and makes you think that one day, you too may be better looking and more attractive as well. Especially if you invest thousands of dollars in plastic surgery, workout for the better part of the day, have a personal trainer, a personal dietician, and personal assistants that can take care of things for you while you workout - like take your kids to soccer practice. 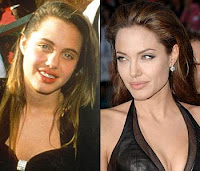 Looking like a little cutie in 1988 - no sign that she'd grow up to be the homewrecker that she is although since she bagged Brad Pitt, somehow she gets a pass from scorn. Hmmmmmm. 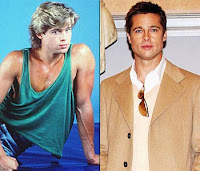 Just as good looking today as he did in 1987. Funny how when Billy Bob Thorten split with his wife to be with Angelina Jolie he was labelled a pig and a scoundrel. Mr. Pitt does it and all the woman high five each other. Double standard? Just sayin'....... 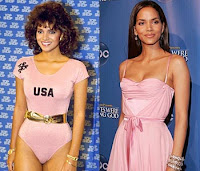 I think Halle Berry looked great in 1986 and then every year after. Though she's been known to wear a gold belt from time to time, she hasn't worn a leotard with USA printed on it for a while. 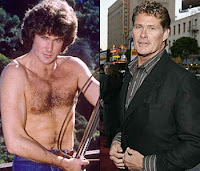 Considering the macho roles he's had plus the fact he played the part of a life guard for a while, you'd think back in 1980 he would have spent a little more time at the gym trying to bulk up a bit with some muscle rather than all that time blowdrying his hair. 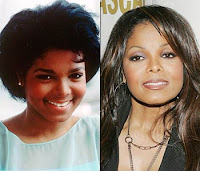 Miss Jackson if you're nasty. Cute as a button in 1984 and sexy as hell today. Anyone remember her on Good Times ?
Pierce Bronson 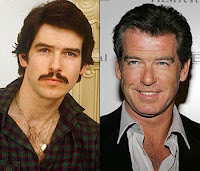 Clearly a Burt Reynolds fan in 1981, the future James Bond seemed to get more suave and good looking as he aged. Clearly couldn't afford a stylist in early '80s .