July 24, 2009
When you try to tell your kids that back in the old days certain things were better you can usually make a decent argument. For example, you could play outside without fear of smog, nobody you knew was alergic to peanuts and you could walk out of a store with a handful of gum and candy that would last you the whole week for a quarter.


Some things aren't as easy to defend such as Saturday morning kids shows. Sure we had classics like Looney Tunes (before they got all censored and polically correct), the Flintstones and Scooby (before Scrappy) and of course Josie and Pussy Cats but let's look at some live action shows that you likely watched as a kid in the 70s either because nothing else was on or you actually liked it though secretly you wished the Jetsons were on again. 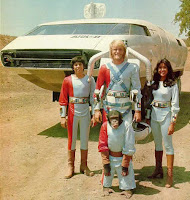 Nobody really remembers this until you show them the picture of the jacked up RV and they suddenly vaguely recall seeing it. The other reason they likely don't remember is the fact it only aired one season's worth of shows but ended up in reruns for many years after.

From the opening sequence we learn, "For millions of years, Earth was fertile and rich. Then pollution and waste began to take their toll. Civilization fell into ruin. This is the world of the 25th century. Only a handful of scientists remain. Men who have vowed to rebuild what has been destroyed...this is their achievement... Ark II, a mobile storehouse of scientific knowledge, manned by a highly trained crew of young people. Their mission: to bring the hope of a new future to mankind."

That's it? That's the master plan? Even as a kid I knew we'd be screwed if the future of mankind depended on an Asian woman, a young boy, his monkey and a hipster with a jet pack. The show did have some decent morals and was kind of an eerie foreshadowing to what is actually happening with our environment. 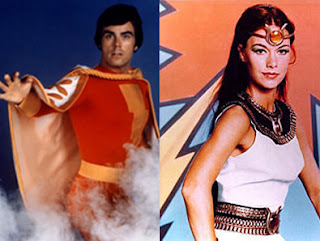 Okay I'll admit she was rather easy on the eyes but are you telling me there weren't any beefed up actors that could have filled the Shazam! costume out a little more super heroish than Jackson Bostwick? But I digress.

Shazam! lasted three seasons after its debut in 1974. The premise was Billy Batson (Michael Gray) and his guardian known only as Mentor traveled around and always wound up mixed up in some kind of problem (Nice going mentor - way to teach the kid how to stay out of trouble). Whenever the need for a super hero came up, Billy Batson would utter the word "Shazam!" and get transformed into Captain Marvel.

Not to be confused with this guy - he's Kazaam! 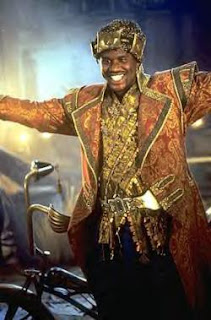 The storyline for Isis involved Andrea Thomas (Joanna Cameron), who was a high school science teacher. While on an archeological dig in Egypt, she found an amulet that belonged to an ancient queen named Hatshepsut (rumor has it is was a play on the phrase "That Cheap Slut") which would grant the wearer the powers of the Goddess Isis.

She only lasted two seasons even though it was a much stronger show than Shazam!. Both characters would appear in each other's shows which kind of begged the question of why not just let them join forces for the whole hour and get a real good story going. In the end both shows would try to hammer some moral into you at the end of each episode which is more than what you can say for Yugioh! They eventually made them into cartoons which were probably much less expensive to produce. 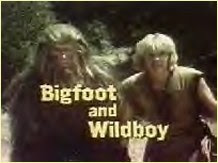 I'm not really sure where they blew they're budget on this show but it certainly wasn't on Bigfoot's costume. The premise was that Bigfoot found the orphaned boy and raised him in the wild, hence the name Wildboy (man, the writers were firing on all cylinders that day). Naturally they went on to battle all evil doers in the forest and avoid capture. Let's see the Loch Ness Monster do that !

The show started as a fifteen minute piece on the Kroft Super Show in the late 70s before getting it's own thirty minutes in 1979. It lasted only one season after that. Can't imagine why - there's all kinds of evil happening in the forest on a regular basis. Isn't there? The episodes were released on DVD but have been extremely rare and have actually become a collector's item.